Students at Westwood Elementary School will go green in a garden created by Grand Canyon University student volunteers and Habitat for Humanity on the school campus.

Hundreds of GCU students, Westwood parents and teachers and volunteers from Habitat for Humanity Central Arizona teamed up to enhance the school grounds as part of GCU’s semiannual Serve the City last month. They created the first phase of a sustainable community garden project and also refreshed paint on building trim and playground equipment.

Westwood students will explore and learn in the garden and the school also plans to add food grown there to the healthy snacks it provides. A grand opening for the garden will be held next month.

Students in GCU’s College of Education teach every week in Westwood classrooms and an after-school program, in which GCU students offer free tutoring.

The sky is no limit for Sunnyslope High School senior Cole Chilen, who has accepted an Air Force scholarship.

Cole will use the funding to attend an accredited aviation university of his choice to participate in a private pilot license-training program. He, along with more than 2,500 ROTC cadets from across the world, applied for this scholarship and only 200 were selected to receive it. The scholarship is valued at $22,500 and it covers academics, flight hours, transportation and room and board while he is in a university.

Student honored as ‘Youth of the Year’

Kayla is president of the Rosenzweig Branch’s Keystone Club . She plans to attend Arizona State University and major in pharmaceutical sciences.

Kayla and the other branch winners each received $1,500. Club employees select club members for Youth of the Year based on academic excellence, living a healthy lifestyle, strong public speaking skills and poise, and embodying the qualities of leadership and service.

The Madison School District Governing Board approved the hiring of Rose Devine, an experienced educator who has worked in the professional arts industry, as the new principal of Rose Lane Elementary School. Devine has been an educator for more than 19 years and served as interim principal at Rose Lane for the last year. She also served as assistant principal at Madison #1 Middle School for one year and assistant principal at Madison Camelview Elementary School for two years.

Her education and experience in the professional arts field make her a natural match for Madison Rose Lane, which has a performing fine arts focus and signature program of visual and performing arts. Devine has a master’s degree in educational leadership from Northern Arizona University and a master’s degree in choreography/performance from the California Institute of the Arts. 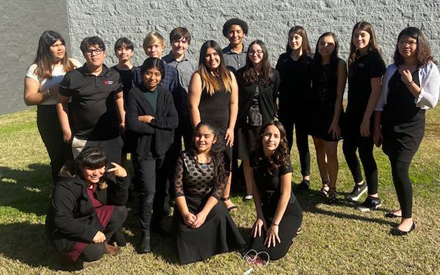 Several Osborn Middle School students are showing they have the keys to success when it comes to playing their instruments and banding together.

Twenty Osborn Middle School students recently were selected to perform in the Greater Phoenix Honor Band at Camelback High School, under the direction of Antonio Lozano. The Osborn students demonstrated their leadership by arriving prepared, staying focused during long rehearsals and introducing themselves to other students and the band directors in the Phoenix Union High School District.

The Greater Phoenix Honor Band features middle school students who have excelled at their craft and auditioned to display their talents.

Longview Elementary School fourth-, fifth- and sixth-graders recently learned how to use flour to make bread, cinnamon rolls and pizza dough in partnership with King Arthur Flour and Bake for Good Kids recently. The  Bake for Good Kids program teaches children to make bread from scratch as a way to combine math, science, reading and baking knowledge.

Kids learn how to create with flour, bake a loaf of bread for their families and bake another loaf to donate to an area food bank. Every child received two bags of flour and yeast, a dough scraper and recipe book to make their own culinary treats at home. 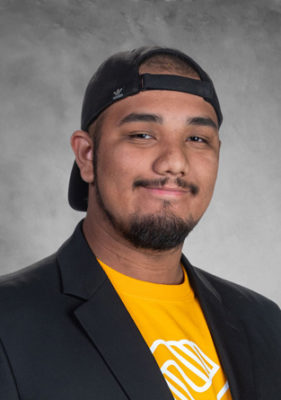 North High School senior Alex Sosa was recently selected as one of the Boys & Girls Clubs of Metro Phoenix’s Youths of the Year, representing the Warner & Shirley Gabel Branch. Alex, 17, has been involved with the club for the last eleven years, where he has participated in almost every program and club offered.

Alex serves as president of the Gabel Branch’s Keystone Club. He also served as manager for the L.I.T. (Leaders in Training) program. After first taking classes at Phoenix College, he hopes to attend the University of Arizona where he plans to major in criminal law.

Teachers interested in positions in the Washington Elementary School District are urged to attend a Teacher Interview Fair on Saturday, March 7, from 8:30 a.m. to noon at the District Administrative Center at 4650 W. Sweetwater Ave. Student teachers, soon-to-be college graduates, experienced educators and other qualified applicants are urged to participate and should arrive ready to be interviewed.

Participants are encouraged to apply online at jobs.wesdschools.org prior to attending the job fair. Preschedule an interview prior to the event by calling 602-347-2622.

Half-day and full-day options are available. To register your child and learn more, visit wesdschools.org.

All 15 of Brophy College Preparatory seniors who earned 2020 National Merit semifinalists status have been named as 2020 National Merit finalists. These students are eligible to compete for about $33,000 in scholarships. The recipients will be announced this spring.

Five students from Brophy’s advanced video production class are  finalists in the 2020 Arizona Student Film Festival. These finalists will compete for a chance to win a $1,000 scholarship from the Phoenix Film Foundation, as part of the 2020 Phoenix Film Festival, which will take place April 4 in Scottsdale.

The Brophy and Xavier students are senior Spencer Blanchard, whose video is titled “742.7,” senior Cooper Brown, who produced “Breaking Through the Box,” junior Jane Farmer, who made “Serving Reality,” junior Logan Logg, who created “Gone” and senior Billy Meaney, who produced “How to Stay a Kid Forever.”

For more about the festival, visit azstudentfilmfestival.org.

Special Olympic students from schools around the Valley came to Brophy’s campus for a day of friendship and fun last month. Brophy Student Council and the Brophy Best Buddies Club facilitated this gathering.

Every guest was paired with a Brophy freshman. Students played games in the gym and on the baseball field, danced at a party in the plaza and played board games in Harper Great Hall. There were lots of conversations and snacks in between all the activities.

Game Day is part of the school’s outreach and immersion programs that provide students a chance to grow as “Men for Others.” 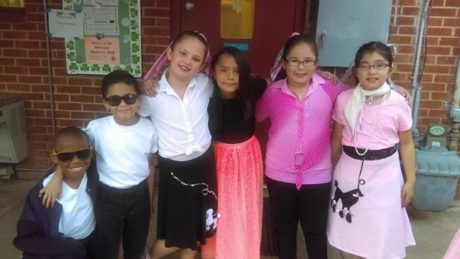 All students, in grades kindergarten through fourth, will perform with their classes in the show at 6 p.m. in the Sanctuary of Westminster Presbyterian Church at 4735 N. 19th Ave. Each class will select and perform a song, dance, skit or other talent. Additional individual and group performers will deliver songs, dances, poems, hula-hooping, magic acts and comedy. Each student had to “audition” for these performances by demonstrating commitment.

The school’s Brophy Black Family Alliance, in association with Archwood Exchange, held the event last month that featured music, art, food, vendors and other activities. It provided a way to demonstrate the many ways in which the Brophy community and Phoenix as a whole are enriched by black history and culture.

Empower College Prep hosted a K-2 Round Up late last month as it prepares to open its doors to kindergarten, first and second-graders starting in the 2020-21 academic year. Families of existing third through 12th graders, along with others in the community, visited to tour the brand new facilities that will house the K-2 grade students to get their children on the list for K-2 classes.

Anyone interested in registering their child in grades K-12 for next school year should contact the school at 602-283-5720. 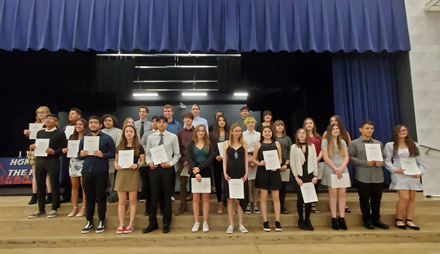 Madison Highland Prep recently inducted 34 students into the National Honor Society. Students must attain a GPA of at least 3.5 to be eligible (submitted photo).

Madison Highland Prep recently inducted 34 new National Honor Society members. Students must have a cumulative grade-point average of 3.5 or higher and be approved by a faculty committee in order to be accepted into the National Honor Society. The growing chapter, which has students in grades 10th through 12th, now has 167 members.

National Honor Society members are required to volunteer 20 hours a semester in order to maintain membership. They regularly volunteer as tutors at the adjacent Madison Park Middle School and Madison Traditional Academy Preschool, as well as at Valley food banks and Faith North Elementary School for its annual field day in April.

Xavier officials anticipate that by the end of this school year, 30 of the school’s student-athletes will have signed National Letters of Intent. 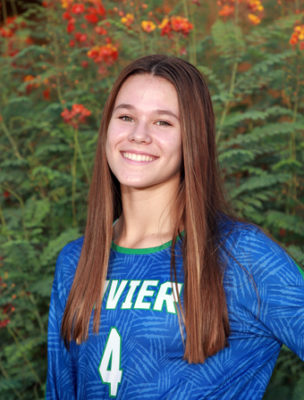 Every State Athletic Administrators Association holds a contest in which high school students submit essays describing dealing with life principles learned in sports. Abby’s essay is now entered into competition with four other female students’ essays from the NIAAA’s Section VII. After that competition, seven winners’ essays will be submitted to a national review board and the winner will be announced in the fall.

Abby is involved in student government and took part in Model Legislature at the Arizona state Capitol. She also is part of the AIA Student Leadership Advisory Committee, which aims to increase sportsmanship throughout Arizona by starting microcosms of the committee on school campuses.