Home / Community / From the publisher: Hard to say goodbye but …

From the publisher: Hard to say goodbye but …

After 16 years of not only covering the North Central Phoenix community but also being an integral part of it, I’m very sad to say that our long-time editor, Teri Carnicelli, is moving on to a new adventure as of the end of July.

Teri, who joined the North Central News staff in August 2003, is moving to California to be closer to her family. A career journalist, she served as an editor at Virgo publishing for four years before joining our staff. Before that, she covered local news for Independent Newspapers here in the Valley and the Daily News-Sun in Sun City. She earned a bachelor’s degree in journalism from Humboldt State University in 1993, where she wrote for the student newspaper. 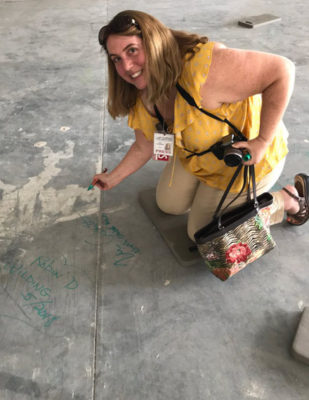 A resident of Sunnyslope since 2003, Teri has been involved in not only covering her hometown community but also in making it a better place. She has been a regular volunteer with several nonprofit organizations, including South Phoenix Healthy Start, Esperança and Duet and was involved in community organizations, including the Kiwanis. She also has served as a foster parent and is a long-time “pet mom.”

She also has been actively involved in supporting and promoting her profession and her peers, primarily through her work for the last 20 years with the Society of Professional Journalists. Teri has served as secretary, president and currently is the treasurer of the Phoenix chapter. She also spent two years as the Region 11 Director.

Teri has been an integral part of building North Central News and has earned a well-deserved reputation of being fair and balanced in her approach to and coverage of the issues that have been most important to our readers. She is a fierce supporter of “local,” working hard to maintain our neighborhood focus and encouraging everyone around her to support local causes, events and businesses. She has been the mainstay of our editorial content – tracking down stories, covering events, taking photos, making connections, editing copy, and ensuring that we remain true to our purpose.

I know the rest of the staff joins me in wishing Teri the very best as she heads west for the next phase of her career. I appreciate more than I can express everything she has done to build this paper and our business, and provide support for me through some tough times.

With Teri’s help, we’ve found a new editor, Colleen Sparks, who joined us July 1. Colleen comes to us from the Times Media Group, where she was managing editor for the San Tan Sun News. She has covered local news for a radio network and several newspapers and also has experience in public relations and marketing. Colleen holds a bachelor’s degree in journalism from Michigan State University.

In the upcoming weeks and months you’ll get to know Colleen. But for now, we all wish Teri a happy new adventure and say a big “thank you” for all she’s done.