Rehab center use permit is approved

The use permit request for a 55-bed inpatient drug and alcohol rehab center in Sunnyslope was approved last month by a Phoenix zoning administrator, but neighbors say the fight is far from over. 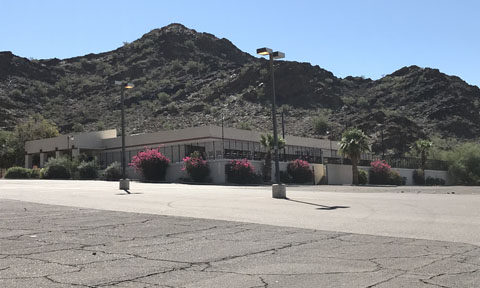 The vacant Phoenix Mountain Preserve Center at 1431 E. Dunlap Ave. is expected to be converted into a 55-bed drug and alcohol rehab center, operated by Native American Connections (photo by Teri Carnicelli).

The use permit hearing was held on Sept. 20, and Zoning Administrator Frank Dolasinski exercised his option to “take it under advisement,” not releasing his final ruling until Oct. 15. Although he attached several stipulations to his ruling, representatives of Native American Connections (NAC), the nonprofit organization developing the Patina Mountain Preserve rehab and housing project at 1431 E. Dunlap Ave., were overall pleased with his ruling.

Dolasinski found no evidence that the 55-bed rehab center would create undue noise, pollution or traffic in the area, particularly since under the present zoning more than 200 apartments could be built there. He also determined that it would not cause property values in the area to dip appreciably, despite neighbors’ assertions to the contrary.

With the stipulations, he did limit the maximum capacity of the rehab center to no more than 55 beds. He also directed NAC to make sure that all neighborhood groups registered with the city of Phoenix within 1,320 feet of the site are given the contact information of the manager of the facility. Beginning six months after receiving the certificate of occupancy for the center, the facility manager will initiate regular updates regarding neighborhood concerns with adjacent property owners and neighborhood associations.

Those who opposed his ruling had until Oct. 30 to file an appeal with the city’s Board of Adjustment, which many had indicated early on they would do should the use permit be approved. However, it was unknown as of press time if an appeal was filed.