Phoenix residents who live in City Council Districts 4 and 6 have the opportunity to vote in the regularly scheduled Council Election on Tuesday, Aug. 29. And while incumbent Laura Pastor, who represents District 4, faces no challengers, the same cannot be said for District 6 Councilman Sal DiCiccio.

District 6 includes the Biltmore area, Arcadia and Ahwatukee. However, the boundary map was redrawn in 2013, and some residents in the northern portion of the district were moved from District 3 to District 6. That northern boundary now stretches to just short of Dunlap Avenue, and west to areas between Central and 7th avenues. A more detailed map can be found at www.phoenix.gov/cityclerk/services/findmydistrict. If you are unsure if you live in District 3 or 6, you can type in your home address and get the answer. 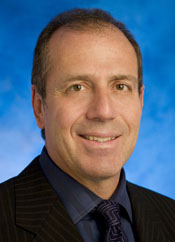 DiCiccio, a Republican, has served continuously on the Phoenix City Council since 2009 when he was appointed to fill out the term of then-Councilman Greg Stanton. He was re-elected in 2013. He previously represented District 6 from 1994 to 2002.

DiCiccio is a real-estate developer who has been known to support development interests in his district, and is a vocal advocate for pension reform and fiscal conservatism. He has frequently made headlines by verbally attacking his other council members for their positions on various issues, mostly related to the city budget.

As a councilmember, DiCiccio lists his three goals as job creation, improved public safety and neighborhood preservation. He has helped lead initiatives on job creation, domestic violence and self-defense training.

DiCiccio moved to the Valley from Ohio with his family in 1962. He holds a bachelor’s degree in business from Arizona State University, and worked for Rep. John J. Rhodes and Sen. John McCain. He is married with twin daughters. For more information, visit www.salforcitycouncil.com.

DiCiccio’s opponent, North Central resident Kevin Patterson, is a Democrat who says he sees the value of community and social service programs that support children and families who may not have the income to live in the district’s more affluent areas. 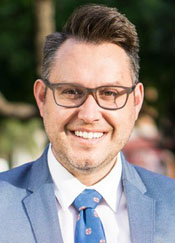 Patterson has lived in Phoenix since 1998 and is married with two daughters. A former public educator, Patterson holds a bachelor of science in business management and a master of science in psychology, and currently serves as executive development director at Banner Health.

He previously served as the board director for the Arizona’s Children Association, as well as co-founder of Project Jigsaw, a community project designed to remove barriers that prevent thousands of foster and adoptive children in the state from finding homes.

Patterson says he has realized that the best way to advocate for his family, friends, and neighbors is through holding a seat at the table where decisions are made and where he can bring in a diverse and progressive perspective to the issues that affect individuals daily. Patterson says he believes in a City of Phoenix that works for everyone, providing accessible opportunities for people from across the identity spectrum to succeed and thrive. For more information, visit http://pattersonforphoenix.com.

If you are not on the City of Phoenix permanent early voting list (PEVL) and did not receive an early ballot by mail, you can vote in person on Aug. 29 at the following voting centers: North Phoenix Baptist Church, 5757 N. Central Ave.; the Parks & Recreation Golf Office, 2705 N. 15th Ave.; and the Devonshire Senior Center, 2802 E. Devonshire Ave. For more information, including a full list of voting centers, visit www.phoenix.gov/elections.