Hospice of the Valley, which celebrated its 40th anniversary in September, originated serendipitously—or in theological terms, providentially. 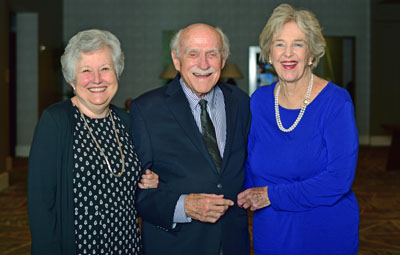 The Rev. Q. Gerald Roseberry had been thinking about ways to help people on their journey through “the Valley of the shadow of death.”

In mid-1976, Roseberry picked up a copy of “Reader’s Digest” and his eye fell on an article about the work of Hospice, Inc., of New Haven, Conn.—the first hospice in the United States.

The “Valley of the Sun Hospice Association” was formed on Sept. 9, 1977. With a $15,000 grant from the Flinn Foundation, the not-for-profit agency opened an office in rent-free space at a county health department storefront.

By the end of 1983, Roseberry felt comfortable leaving HOV in good hands to move on to other causes near and dear to his heart. “Once an activist, always an activist,” said Roseberry, 84, who now lives at Beatitudes Campus.