Clive Cussler, the swashbuckling writer who has penned dozens of books and hit the New York Times Best Selling List with 20 of them, headlines the speakers who will appear at WriteNow!2017, the annual writers conference held by Desert Sleuths, the Phoenix Chapter of the national mystery writers organization, Sisters in Crime. 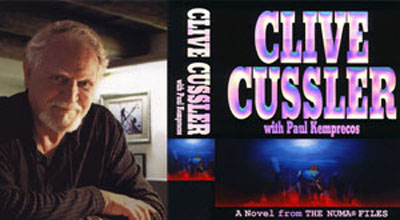 Writer Quest: Conquer The Publishing Jungle, the title of this year’s conference, set for Aug. 11-12 in Phoenix. The conference also will feature Lee Goldberg and Robin Burcell. Goldberg is a two-time Edgar & Shamus Award nominee and a NYT bestselling author who has written more than 40 novels and non-fiction works. He has also written and produced several TV series as well as having co-written with Janet Evanovich.

For 30 years of her life, Burcell served in law enforcement as a police officer, criminal investigator, and hostage negotiator before writing the Kate Gillespie police procedural series, the Sydney Fitzpatrick series, and a Streets of San Francisco novel. She now writes thrillers and works with Clive Cussler on his latest offerings.

Other guests include Dana Kaye, a publicist, social media pro and brand manager, who specializes in coaching clients on how to establish their personal brand. Also on hand will be literary agent, Jill Marr, who will take pitches, and editor, Holly Lorincz, who will do editing sessions with attendees.

The conference, open to the public, begins with a reception on Friday evening at the Changing Hands Bookstore-Phoenix, 300 W. Camelback Road. The reception will celebrate the 30th Anniversary of the Sisters in Crime.

The conference on Saturday takes place 8 a.m.-5 p.m. at Embassy Suites, 4415 E. Paradise Valley Parkway South. It will include the aforementioned speakers, panel discussions, editing and pitching sessions, as well as the opportunity for attendees to buy the speakers’ books. Lunch and snacks are included in the entry fee and a silent auction will be held.

Cost is $140 general admission, and $85 for students ages 14-20. For one-on-one edit and pitching sessions, there is an additional $50 fee; space is limited. For more information and to register, visit www.DesertSleuths.com.