Valley Metro and the City of Phoenix will host the launch of the new Northwest Extension of the light rail (from Montebello to Dunlap avenues) from 9 a.m.-12 p.m. on Saturday, March 19.

Be one of the first to ride light rail on the new extension with a free commemorative pass (good only on March 19). Commemorative passes will be available at the Montebello, Glendale, Northern and Dunlap stations. 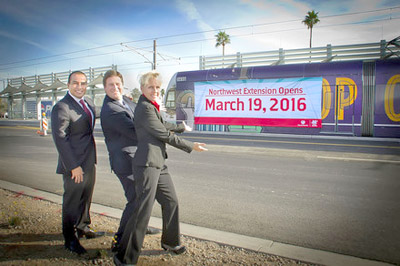 The city of Phoenix is already making plans to continue to the light rail north and west, to the Metrocenter Mall area. Funding was included in Transportation 2050, which Phoenix voters approved in August 2015. The anticipated opening of the Metrocenter extension is 2023.

For more information, visit the City of Phoenix T2050 page.