Arnold hired as liaison to seniors 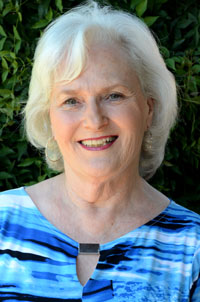 Janet Arnold has been hired by Jewish Family & Children’s Service as the new concierge to the senior Jewish community.

The position was created after an extensive survey of the senior community was conducted by the Jewish Federation of Greater Phoenix. The half-time position is funded by a grant from the federation and was established to connect members of the senior Jewish community to programs and services they need and want.

Arnold has lived in the Valley since 1957 and is available to find the answers to questions dealing with anything from socialization, classes and programs to housing, home care and transportation. She is housed at the Valley of the Sun JCC, 12701 N. Scottsdale Road in Scottsdale on Tuesdays and Thursdays and will travel throughout the Valley. Reach her at janet.arnold@jfcsaz.org or 480-599-7198.