‘Grow Your Own Food’ Summit set 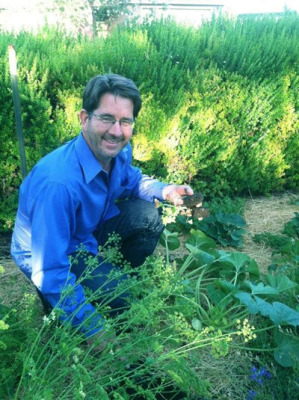 North Central Greg Peterson, whose personal residence is known as “The Urban Farm,” is a writer, teacher, and lecturer on many aspects of sustainability, green living and permaculture, and has appeared extensively on local television and radio and is a frequent guest columnist and contributing writer for publications such as Phoenix Magazine and Edible Phoenix. He received his master’s degree in Urban and Environmental Planning (MUEP) in December 2006 from Arizona State University (submitted photo).

Consider that nearly all of the world’s population growth between now and 2030 is projected to be concentrated in urban areas. With this rapid growth in our cities, farming in and around urban areas will play a major role in nourishing our population.

The Phoenix Grow Your Own Food Summit features practical, in-depth information about growing your own organic food, becoming more sustainable, saving money at the grocery store and being stronger ecological members of the community. This is a great opportunity to learn from and network with those who are successfully building a wide variety of great gardens in our community.

Every registration includes lunch and a complimentary access pass to GrowPHX Online Content Bank, which features video playback of all conference sessions and resource links.

Visit www.GrowPhx.com for more information and to register.