Home / Features / Behind the scenes of the president’s visit

Behind the scenes of the president’s visit

By Patty Talahongva
The new year has barely begun and already students at Central High School have bragging rights for 2015. Their school was chosen by President Barack Obama to deliver a speech on Jan. 8 that included changes to Federal Housing Administration rules to lower home mortgage insurance.

But before the president even landed in Phoenix, there were many details that had to be sorted out. Dr. Kent Scribner, the superintendent of the Phoenix Union High School District, was in the middle of the winter holiday break when he received the call.

“Mayor (Greg) Stanton called me at home to indicate the possibility that we might host a presidential visit,” he said. “The White House confirmed it soon thereafter on New Year’s Eve.”

Meanwhile, Central High Principal John Biera was on holiday with his family in Texas when he got word his school would soon host the president of the United States. Biera came from the Scottsdale Unified School District where he spent 14 years. He had been at Central for just six months. 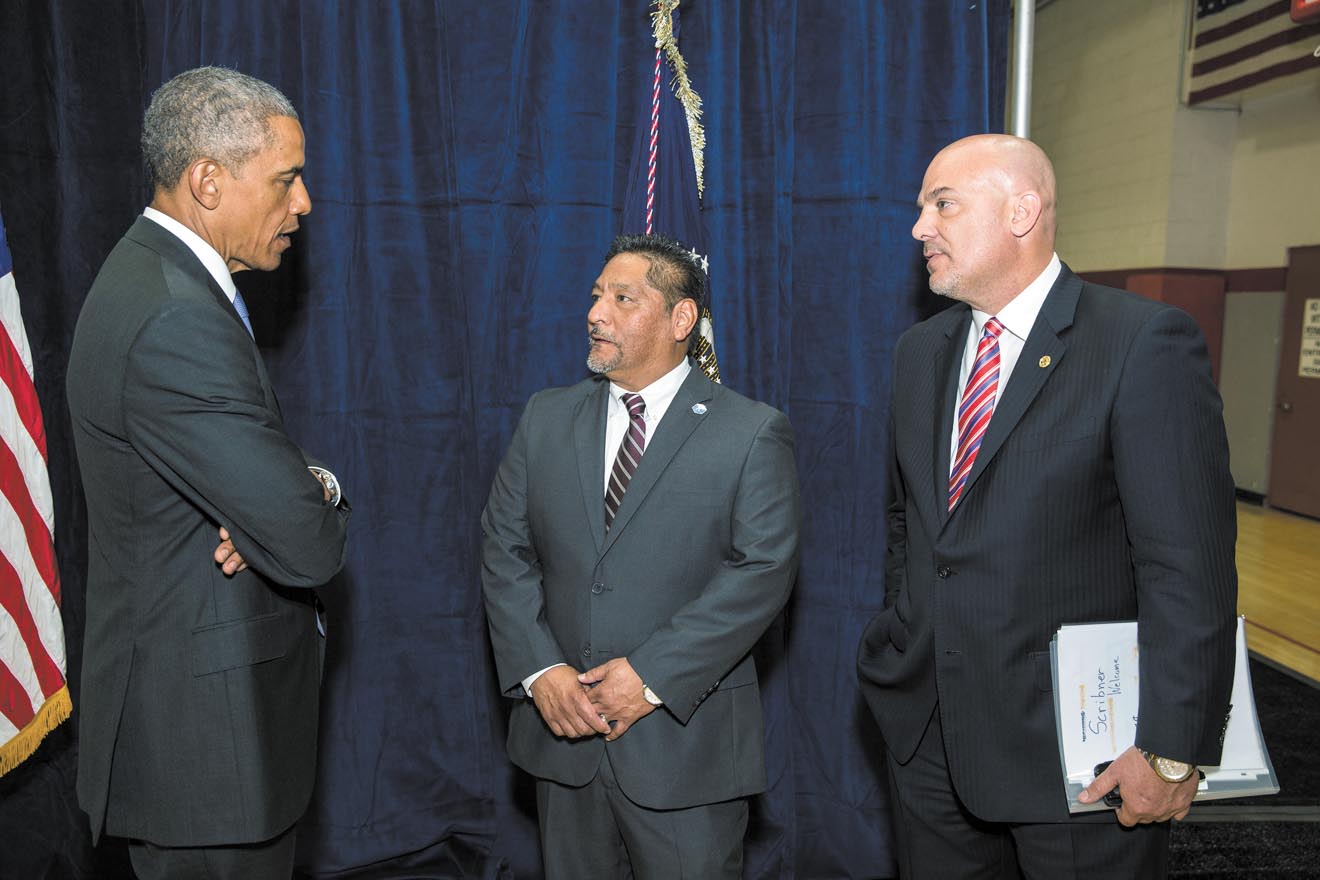 Together, Scribner and Biera worked with the White House to ensure a safe visit. The three days leading up to the actual speech were hectic.

“We spent countless hours throughout the holidays working alongside United States Secret Service and the president’s advance team,” Scribner recalls. “Their attention to detail and professionalism was truly remarkable.”

That attention to detail trickled down to the students. “We were really excited about it,” says Debbie Kitcheyan, a senior at Central. She was part of the choir Voce, which sang at the presidential event. “We started practicing non-stop.”

Biera says the advanced team also had ideas on what groups of students they wanted to invite to the speech based on the president’s topic. Among them were students from the National Honor Society (NHS), English Language Learners (ELL), students studying economics, and members of the DECA club, which prepares emerging leaders and entrepreneurs for careers in marketing and finance, among other fields.

“We felt we needed an overall representation of Central,” he explains. “We felt we had that.”

The school’s JROTC was called upon to help the Secret Service with security. Sophomore Giovanni Geneeha says the squad arrived at the school at 5:30 a.m. the day of the big event. “We were at the metal detectors making sure everyone had their ID.” He reported no problems with the long line of people who showed up for the speech.

“As I was taking pictures of the event I noticed people were still waiting in line, and I heard that some people would not be allowed in; that was my moment of gratitude,” said Central High student Acacia Hawkins-Sanders, who works on the student newspaper staff. “I thought about the amazing opportunity I had been presented with. Standing on that tier with the press felt natural, yet in the same moment, it felt surreal. My lens wasn’t just pointed at a man. It was facing the President of the United States.

“Never would I have thought that I would be that close to President Obama,” Hawkins-Sanders said. “I had always dreamed of being given the opportunity to meet him. Seeing him meant that even your wildest dreams can come true.”

While both the principal and the superintendent express regret that not every student or teacher could attend the speech, they were able to include the whole school by streaming the speech live into every classroom. Teachers also prepared lessons that tied into the president’s speech.

About 10 substitute teachers were on hand that day to help cover the teachers who were at the speech. Students and teachers alike were thrilled to hear President Obama call out to the student body at the beginning of his speech.

“He recognized all students. He made them feel like they were part of the event,” says Biera. “It was a great day for Central High School.”

Just before he took the stage the president met the two school leaders. “Dr. Scribner and I had the chance to meet President Obama as he arrived. We took some pictures and talked a little bit,” says Biera. “It was surreal. But he’s very approachable. There’s something about meeting the president that just makes you feel like you’re somewhere else.”

“We had a very nice chat,” says Scribner. “The president had been briefed about our district’s success in the areas of improving college and career preparedness and the increase in merit scholarships and financial aid applications.” In 2011 Scribner was appointed by President Obama to serve as a Commissioner on the White House Initiative on Educational Excellence.

Weeks after the president’s visit, students were still talking about that day. “They understand it’s a once-in-a-lifetime thing to have a sitting president on your campus,” says Biera.

Scribner echoes his sentiment. “Despite the tremendous effort on behalf of our district and school staff, we would do it again in an instant.”