Home / Features / All AZ District 28 seats up for grabs

All AZ District 28 seats up for grabs

By Teri Carnicelli
Arizona’s Legislative District 28 encompasses the majority of the North Central Phoenix community. North Central residents have an opportunity to influence the direction and future of their city neighborhoods with both the District 28 Senate and House races on the Nov. 4 ballot.

In the Senate, incumbent Adam Driggs (R) is being challenged by Kelli Butler (D) for the one seat available.

Below are profiles of the candidates along with key questions that North Central residents have indicated are of great importance to them. Note that Adam Driggs did not respond to voice mail messages or e-mails for this story.

Challenger Shawnna Bolick (R), 39, has lived in Arizona and the district for 13 years. She earned a B.A. in Policy Studies from Syracuse University in 1997 and a Master’s in Public Policy from American University in 1999. She is director of business development for Arizona School Choice Trust. Campaign website: www.BolickforArizona.com

Incumbent Kate Brophy McGee (R), 59, is a native of Arizona and has lived in her district for 30 years. She earned a B.A. With Distinction in 1977 from the University of Arizona and completed work toward a Master’s of Business Administration degree in 1979-81. First elected in 2010, she is completing her second term in the Arizona House of Representatives. Campaign website: www.katemcgee.com

Incumbent Dr. Eric Meyer (D), 53, has been an Arizona resident for 36 years and has lived in the district for 17 years. He earned a B.S. in economics from the University of Southern California in 1983; completed pre-med requirements at Arizona State University in 1984; received an M.D. degree from the University of Arizona College of Medicine in 1988; and did an Emergency Medicine Residency at Oregon Health Sciences University in 1993. He is completing his third term in the Arizona House of Representatives. Campaign website: www.EricforAZ.com

QUESTION 1: Coming into 2015, what do you think is the most pressing issue facing our state?

Bolick: One of the greatest threats to Arizona’s future is unfunded federal mandates. We should never place our state budget at the disposal of the federal government. There has never been a federal program that delivered more or cost less than was promised. I believe it is the height of fiscal irresponsibility to vote for a program if you don’t know how much it will cost, and as a state representative I will never ever do that.

McGee: Education, and education funding is the most pressing issue we face. The severity of the great recession necessitated deep cuts to many areas of government and K-12 and higher education were not spared. Our economy is recovering slowly, and we are faced with another deficit situation due to slower-than-projected revenue growth and recent court-mandated payments to schools in settlement of a four-year lawsuit. Whatever solutions we enact, we must do so without destabilizing the budget. It will require leadership at all levels.

Meyer: The most critical issue facing our state is our failure to invest in the future. Our state’s brand has been tarnished. We have cut funding for education by over $4 billion, voted to deny 47,000 children healthcare and are one of a few states that have not recovered the jobs lost in the recession. These cuts and lack of economic recovery plan are unacceptable. As a former school board member in Scottsdale and a school advocate with children of my own, I believe education must be our single highest priority. I have witnessed, first hand, much of the damage that the legislature has brought upon our public schools. As a state we need to start investing in our children. Class sizes should be reduced. We need classrooms that prepare our children for college and a knowledge-based economy.

QUESTION 2: What do you think the state should do to help the struggling public education system in Arizona?

Bolick: Education is my top priority. As a whole, Arizona’s K-12 education system lags the rest of the country. I favor giving all parents greater choices over where to spend their children’s educational dollars. I am proud to have raised millions of dollars for scholarships for low-income and disabled children. At the same time, I will work to ensure that a larger share of public school dollars are directed to the classroom. Every year, the state auditor general finds that Arizona spends a smaller percentage of education dollars in the classroom—currently a record low of 54 cents of every dollar. Education takes place in the classroom, not in the administration. We must make sure that funding follows students and is not diverted along the way.

McGee: Schools are badly in need of funding to support the mandates we have enacted as a legislature. It is past time to resolve funding for the Prop 301 lawsuit which began over four years ago and which the courts have said we must pay. We must all come to the table and agree on immediate and longer-term funding solutions. State Trust Land—management, future land sales and the fund balance—is one of the solutions to adequate funding for our schools.

Meyer: K-12 education is dramatically underfunded. Funding alone will never solve our problems, but using additional resources in an effective way will absolutely improve the quality of education in Arizona. As it stands now, the state ranks 49th in the country in per-student spending. The majority at the capitol and the governor have cut over $4 billion in K-12 funding. That is a shameful legacy to leave our children. We must increase our investment in our future leaders, working to keep dollars in the classroom and reduce class sizes. We must attract and keep high-quality professionals in our classrooms. Millions in additional revenue could be generated by closing tax loopholes and eliminating tax credits.

QUESTION 3: What do you believe is the state’s responsibility in dealing with the immigration issue—in terms of both border security, and with longtime immigrant families whose children have been raised here?

Bolick: Border security is primarily a federal responsibility and as your future state representative I will work with our congressional delegation to insure stronger border security, particularly to halt the drug cartels and human smugglers that harm people on both sides of the border. I would consider all of the options the state has at its disposal to strengthen that effort.​ Border security must happen before any other type of illegal immigration reform measures are introduced. Immigrants who entered the US illegally or overstayed their visas and who have committed crimes should be deported immediately. We must restore a work-based immigration system, by limiting family preferences to spouses and minor children.  Guest workers should be ineligible for federal benefits, and the programs should accommodate workers who want to return to their native countries. Our immigration system should welcome those who aspire to the American Dream and pursue legal means to do so. Our current immigration system makes easier to immigrate illegally than legally.

McGee: The state and this governor have made every effort to address immigration problems at the state level and I have supported these efforts. It is a federal issue requiring congressional action. The lack of action by the federal government continues to mean serious problems for our state. We must continue to work with our congressmen and women and Senators McCain and Flake to make this a top priority and to urge them to take action.

Meyer: I have worked with our congressional delegation to implement change along Arizona’s border. At the state level I have supported legislation that attacked human smugglers, drug and gun traffickers and criminal cartels. Ultimately the federal government and congress have the responsibility to secure our borders. We need a comprehensive solution that secures the border and allows needed workers into the country. 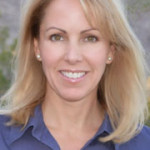 Challenger Kelli Butler (D), 46, is a native Arizonan and has lived in the district for 38 years. She attended Cocopah and Chaparral in Scottsdale and the University of Arizona. She serves as office manager for Butler Family Dental in Glendale. Campaign website: www.kellibutleraz.com

QUESTION 1: Coming into 2015, what do you think is the most pressing issue facing our state?

Butler: Arizona’s lagging economic recovery is the most critical issue facing our state in 2015. Creating opportunity through education and workforce development, and investing in infrastructure and 21st century industries are essential components of increasing economic development in Arizona. Divisive legislation and underfunded public schools are unnecessary roadblocks to our full economic recovery. We need leaders who will focus on sensible, bipartisan solutions to the range of challenges facing our state.

QUESTION 2: What do you think the state should do to help the struggling public education system in Arizona?

Butler: Arizona’s public schools are in crisis. The State Legislature should immediately fund the voter and court mandated $317 million inflation funding due our schools this year. We need to ensure that these additional funds go to our classrooms to reduce class sizes, currently among the highest in the nation. Highly trained and qualified teachers are critical to our students’ success, yet Arizona sees one-third of our teachers leaving the profession each year. Our elected officials must commit to working to responsibly restore the billions cut from our public schools and state universities.

QUESTION 3: What do you believe is the state’s responsibility in dealing with the immigration issue—in terms of both border security, and with longtime immigrant families whose children have been raised here?

Butler: Although the security of our nation’s borders is largely a federal responsibility, Arizona should work with federal agencies to improve enforcement of our immigration laws. Our approach to immigration issues and border security must be sensible and humane. Let’s focus on solutions that acknowledge our essential relationship with our southern neighbors, including the necessity of security and of vital trade and economic partnerships.

I support comprehensive, bi-partisan immigration reform that works to secure the border and also expands and simplifies work visa programs. I support the DREAM Act as a pathway to citizenship for immigrants brought to the U.S. as children. It makes no sense to educate children in our schools and universities, but deny them citizenship. In doing so, we are also denying the positive impact of their talent, innovation, entrepreneurship and labor.