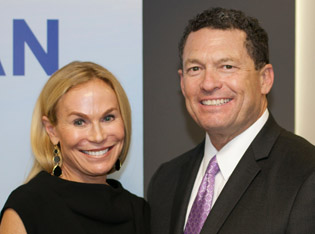 Ziegler is a seasoned marketing and communications professional with a career spanning 25 years working with Valley organizations including Phoenix Chamber of Commerce, Jennings & Thompson and Westcor. She is most known for her leadership with the Fiesta Bowl, providing more than 30 years of active volunteerism. Ziegler not only gives her time, but also commits resources to many worth causes. She provided the lead gift to raise funds for the Scottsdale Museum of Contemporary Art and for Southwest Autism Research & Resource Center’s Campus for Exceptional Children in Phoenix. Currently, Ziegler is leading scholarship, after school, hunger and family support projects for Boys & Girls Clubs of Phoenix and Scottsdale, United Way and Barrow Neurological Institute.

The luncheon will be held at the Arizona Biltmore Resort, 2400 E. Missouri Ave. For more information, call 602-952-6760 or visit www.valleyleadership.com.