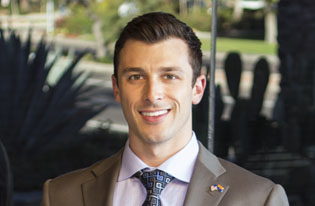 His father, Bobby Lieb, and grandfather, Herb Lieb, owned the Jockey Club nightclub in Phoenix from 1976-1995, which has passed down a large network of clients ranging from professional sports figures to local business associates at Lieb’s reach. He also maintains a personal involvement in the Phoenix youth sports community.