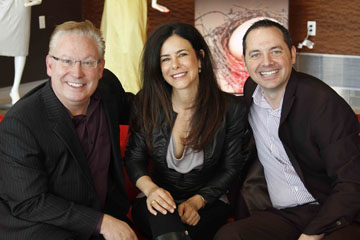 Hormel has been a close friend of Phoenix Theatre for many years and is the sponsor of the theater’s Hormel Festival of New Plays and Musicals. She believes in the theater’s vision of creating “the Lincoln Center of the Southwest,” and when she learned that the black box theater would be the festival’s new home, Jamie jumped at the chance to name the new space.

“There is a renaissance taking root in the Arizona arts community and it is gifts like this that make that possible,” said Managing Director Vincent VanVleet.