It is a new year and a new decade but also the start of a year of celebration for local non-profit organization Esperança and one of its long-time directors. 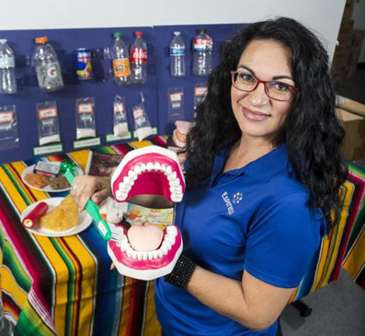 Maria Valenzuela, the Domestic Program director, is marking her 20th anniversary of Esperança service in the community, which means that the program she oversees also is celebrating its two-decades-long anniversary. Over the last 20 years, the Domestic Program has served more than 30,000 children, adults and seniors in some of the most vulnerable communities, ensuring they receive preventative health education for chronic disease and illness.

This year Esperança as a whole also will celebrate its 50th anniversary. The non-profit has been dedicated to transforming lives since its inception in 1970. It works in the underserved communities of Nicaragua, Bolivia, Ecuador, Mozambique and Peru, providing life-altering surgeries, health education, food security, disease prevention, access to clean water and ecological home-building.

To learn more about Esperança, attend a free public screening of PBS’s “The Visionaries,” a docuseries narrated by Sam Waterston that examines Esperança’s work here and abroad, at 6 p.m. Feb. 27 at Mayo Clinic, 5779 E. Mayo Blvd. in Phoenix. The non-profit will host its major fundraiser the 10th Annual Hope Breakfast, at 7:30 a.m. on May 7 at Phoenix Art Museum at 1625 N. Central Ave. To learn more about Esperança, visit esperanca.org.