Phoenix Police Officer Steve Fluty, who had been diagnosed with a Level 4 glioblastoma just over a year ago, passed away on July 6. A Celebration of Life was held July 12 at the Irish Cultural Center. 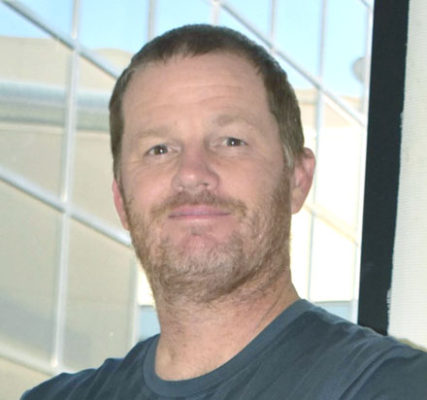 Phoenix Police Officer Steve Fluty, who was diagnosed with cancer just over a year ago, passed away on July 6 (submitted photo).

Fluty, 51, was born in Excelsior Springs, Mo. In 1983, he moved to Baltimore, Md. He was a graduate of Hereford High School, where he participated in football, baseball, and was named All State in soccer.

Fluty moved to Prescott in 1990, where he became a Yavapai County Sheriff’s Deputy until 1997. While in Prescott, Fluty met the love of his life, Shuree. They married on Sept. 20, 1997 and together they raised two kids, Brianna and Brandon, and welcomed three grandchildren: Noah, Macy and Jack.

In 1997, Fluty joined the Phoenix Police Department and for more than 20 years he served Phoenix residents as a member of the Walking Beat and Bicycle squads. He was one of the first members assigned to the Desert Horizon Bike Squad, which launched in October 2014 and is based out of the Sunnyslope Substation.

A familiar figure on patrol in the Sunnyslope community, Fluty was known for his level head, quick wit, and sporting shorts whenever possible.

According to Fluty’s Dignity Memorial.com page, “Steve loved his family, a good pint, and the citizens of Phoenix.” Memories posted to the page came from friends, co-workers and family members, expressing their love, gratitude and sadness at the loss.

Fluty’s younger sister, Shari, wrote, “He always had a sense of humor his whole life and continued that until he took his last breath. He is one of a kind.”

Retired Phoenix Police Officer Cy Cahill wrote, “I had the honor and privilege to have worked with Steve on the Southside Walking Beat. He was a top cop and one of Phoenix PD’s best.”

If you would like to contribute financially to help the Fluty family with medical and funeral expenses, you can visit https://pleacharities.org/donate/, and either donate via the Paypal link (will give you the option of going to Paypal or using a credit/debit card), or mail in a check to the address listed on the Donate page.

For questions, call Cassandra at 602-246-7869 or e-mail her at cassandra@pleacharities.org.