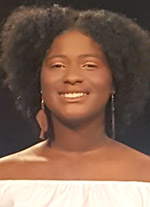 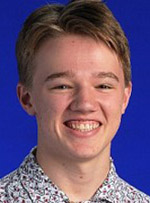 Downtown Phoenix on March 3. Ten students, representing schools from Tucson to Ganado, a chapter of the Navajo Nation, recited poems by a diverse array of literary luminaries, including Margaret Atwood, Maya Angelou, and Tato Laviera.

After two rounds of recitations, four students advanced to the final round, including Victoria Aiken, a senior at North High School, and Paul Cassidy, a junior at Brophy College Preparatory.

An esteemed panel of judges evaluated the recitations, including two Poets Laureate and a former Arizona State Champion. The winner was Sophie Weinzinger, a junior at Coconino High School in in Flagstaff. Cassidy came in second, and Aiken came in third.

The event was recorded and will be broadcast on Arizona PBS at 7:30 p.m. on Friday, April 6.