Medical school to be built at Park Central

Phoenix’s health care landscape is about to change significantly—as is one of Phoenix’s most iconic properties.

Creighton University, a Jesuit, Catholic University located in Omaha, Neb., has reached an agreement on the construction of a new, nearly $100 million health sciences campus at Park Central in midtown Phoenix, a significant expansion of the university’s current presence in the state. 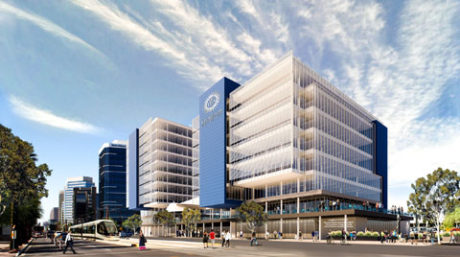 Phase one of the project includes a new building totaling 200,000 square feet that eventually will house nearly 800 Creighton health sciences students in Arizona. The expansion will include a four-year medical school, nursing school, occupational and physical therapy schools, pharmacy school, physician assistant school and emergency medical services program. A second building adjacent to the first may be added in the future.

In the interim, Creighton University’s College of Nursing, which launched its first Phoenix-based Accelerated Bachelor of Science in Nursing program in January, will move into a temporary home at Park Central effective January 2019. The School of Medicine, which first came to Phoenix in 2009, will continue operating its third- and fourth-year programs out of space adjacent to Dignity Heath St. Joseph’s Hospital and Medical Center until construction is completed.

The new Phoenix campus for Creighton will meet the university’s current needs while providing ample room for expansion in the future, and the central Phoenix location makes it convenient for students doing their residencies and other studies at nearby hospitals.