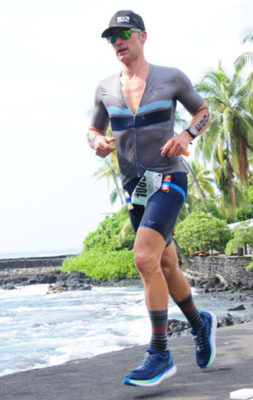 the Ironman World Championships in Kona, Hawaii. Pappas qualified in October of 2016 at the Los Cabos, Mexico Ironman, ranking fourth in his age division.

In October of last year, Pappas was able to achieve his ultimate goal, competing at the World Championships in one of the toughest sports in the world. With over 30 races under his belt, training for and competing in the Kona race was the pinnacle of his ironman career—and it’s not over. Pappas plans to take a small break, however, he says he enjoys the training and self-discipline of Ironman too much to give it up completely.

Pappas has been practicing dentistry at Arcadia Dental Arts, 4124 N. 40th St., for the past 12 years. He is a graduate of Creighton University School of Dentistry in Lincoln, Neb. John did his residency program at Northwestern University in Chicago.