By Teri Carnicelli
Residents living in Phoenix’s District 3 have the opportunity to decide who will best represent them in a special election set for March 14. 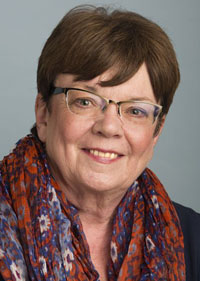 Debra Stark, who was appointed to the vacant council seat in June of last year and received the most votes—but not a majority—in the Nov. 8 general election, will face contender Chris DeRose, who received the second-highest number of votes in November.

Stark, who previously served as director of the city’s Planning Department for seven years, says she already has built a good rapport with her fellow council members and has a strong grasp of her roles and responsibilities.

“I respect their knowledge of their districts and appreciate how committed they are to serving our residents and businesses,” she said. “Although we may not always agree on certain issues, we are all there to better the quality of life in Phoenix.

“My entire career has been in local government so I have a vast knowledge of how the city operates,” she pointed out. “I know where to find answers. This enables me to better serve the residents of District 3, especially in problem solving.”

If Stark is officially elected to the Dist. 3 council seat, she pledges to continue to focus on the city’s infrastructure and public safety. “Many of our roads are in disrepair and I want to make sure we get our fair share of the transportation tax passed last year. Street signs and lights are in need of an upgrade for public safety purposes. The city is rolling out the upgrade and I want to make sure we stay on time and on budget,” Stark said.

Other concerns that affect residents are water leaks from aging city pipes, and neighborhood safety and blight issues. “I am working with the Royal Palm neighborhood to address alley closures and would like to implement the pilot program as soon as possible. Also, the homeless population is increasing and we must work closer and partner with agencies to address the issue.

“I want to help in any way possible. I want to be accessible to all residents and businesses in seeking solutions to their issues,” Stark said. For more information, visit www.debstarkforphoenix.com. 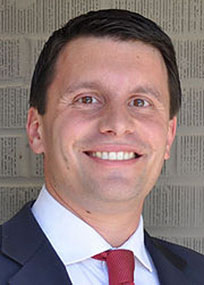 DeRose is no stranger to the inner workings of government. He has served the community in many capacities, most recently as senior litigation counsel to the Attorney General, prosecuting major crimes on appeal. He also has served on one of the city’s Village Planning Committees, as a volunteer school board member, and a member of the Neighborhood Blockwatch Oversight Committee.

DeRose graduated from Grand Canyon University and earned his law degree from Pepperdine at age 24. He is a former professor at Arizona Summit Law School, where he taught constitutional law, election law, and international law. He also is an author and has traveled widely and spoken to audiences around the country.

DeRose wants to be a “new voice” at city hall and strongly believes that “we can do better than the status quo.” He is concerned with the path the city seems to be taking, including “increasingly higher taxes on sales, property, water, and transportation, coupled with runaway spending and unfunded pension liability is unsustainable.”

“I have a background in two areas that are key to the future of the city. First, I’m a former prosecutor and would be the only council member with experience in law enforcement. With more police on the street and working with Neighborhood Blockwatch groups, I believe we can and will tackle the increasing threat of crime in our community,” DeRose said.

“Second, I have experience in education at every level as a five-year member of the school board and former law professor—as well as being the son of a public school teacher. I want to work with the Phoenix Department of Education to combat our high dropout rate, to develop cutting edge curriculum, and share best practices for obtaining grants to ensure opportunity for every child in Phoenix and to build the economy of tomorrow. Additionally, I will oppose the tax loopholes for special interests that take over $30 million every year from our classrooms.”

If elected, DeRose pledges by the end of his first term to see through to completion former Councilman Bill Gates’ revitalization efforts throughout the district, and continue Gates’ his work identifying and eliminating wasteful city spending.

“I will also judge my success as a councilman by my ability to assist members of the community with their problems. Just as I was on the village planning committee for five years, I will be an advocate for you at City Hall.” For more information, visit http://www.deroseforphoenix.com.

More information about the runoff election, including voting center locations, can be found at www.Phoenix.gov/Elections.