The Cal Ripken State Tournament for the 12U baseball championship was held in mid-June. The RAMMS (Recreation Association of Madison Meadows-Simis) 11U baseball team made up of players 11 and younger had already captured the state championship for their age group. The team entered the 12U tournament, and finished in third place against much bigger opponents from around the state of Arizona. 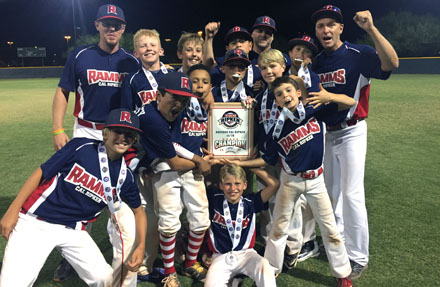 For more information about the team and planned community fundraisers, visit www.ramms2017.com. You also can donate to the team through the website.