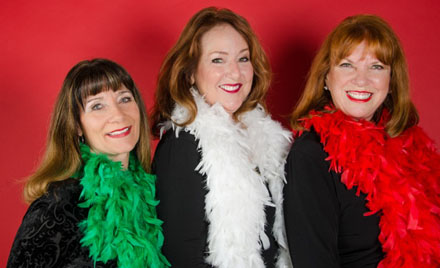 The five friends will also perform in the “dramedy with music,” according to Laurie Fagen, who penned the script in collaboration with the others. All are Valley stage veterans, including Pam Cannedy, Mary Nelle Brown and Sherri Hildebrand, all from North Central Phoenix. Sandy Densford Vernon and Fagen round out the cast.

“The story is about how we all met, and the many things we have in common,” Fagen explains. “The title comes from the night we went to Phoenix Theatre’s production of ‘La Cage aux Folles’ and decided to wear boas. We proclaimed ourselves the ‘Boa Babes’ and the name stuck.”

Produced by the Arizona Women’s Theatre Company and Cannedy Performing Arts Centre, the show is being directed by Deborah Lee Hall (also of North Central Phoenix) and stage managed by Cat Dragon of Mesa.