Two longtime leaders in the Valley health care industry are retiring, leaving some big shoes to fill and two impressive legacies behind them.

Susan Levine will retire as Hospice of the Valley’s executive director July 1 after 23 years leading one of the nation’s largest and most highly regarded not-for-profit hospices. 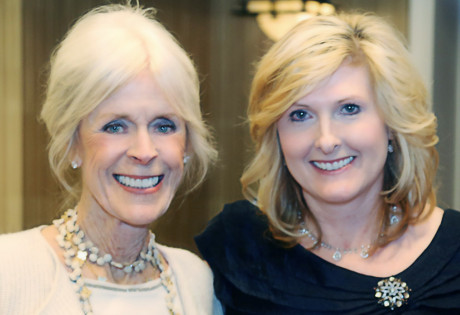 “It has been an honor for me to lead an agency entrusted by the community with making one of the most important times in life the best that it can be,” said Levine. “What a privilege and a gift.”

“Susan’s contributions are immense,” said Lanny Lahr, chairman of Hospice of the Valley’s board of directors. “Her passion, expertise and determination have created a community treasure that has brought comfort to tens of thousands of people at the end of life and supported their families. The fact that Arizona has one of the highest hospice utilization rates in the country is largely because of her efforts.”

Debbie Shumway, senior vice president, assumes the top leadership position. Debbie has served at Levine’s side throughout the 23 years. A certified public accountant, Shumway has overseen the agency’s financial operations, expanding her areas of responsibility over the years to include fund development, volunteers, information services and clinical offices.

Levine, 75, feels confident in her successor’s ability to sustain and adapt HOV to the current dynamic healthcare marketplace.

“Deb possesses the heart of a servant leader and the brain and guts to go with it,” she said. “We are extremely lucky to have her ready, willing and way more than able to assume the leadership role.”

Forsyth was honored in April at the Assistance League of Phoenix’s 45th Annual Celebration of Caring. “Rhonda has been a great supporter of ours for many, many years,” said Brenda Sperduti, CEO and executive director for ALP. “It was because of Rhonda and John C. Lincoln that we found the property where our Philanthropic Center is located.” 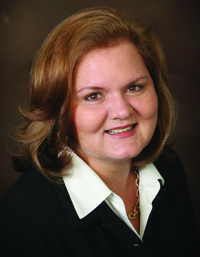 ALP partnered with Desert Mission, providing HUGS bears for the Dental Clinic and books for Desert Mission Food Bank recipients, demonstrating a true partnership, Sperduti said. “Rhonda has been involved in so many positive things that make our community better. When she sees a need, she gets involved and makes things happen.”

Forsyth will retire from HonorHealth on Dec. 31, and will continue to lead HonorHealth through her transition date.

“Nothing makes me prouder than to be connected with this great organization,” said Forsyth. “And nothing humbles me more than to think of the thousands of people whose lives we touch. Every single day of my work life has had meaning because of what we do to care for people.”