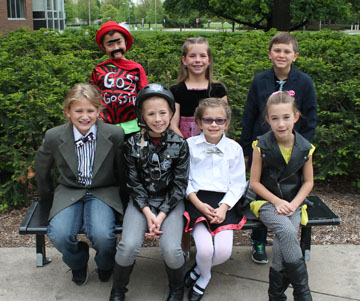 Bilger’s team qualified for the World Finals based on a second-place tie for “Problem Five: Silent Movie” at the OM State Tournament in Tucson on March 28. Team members had to create and present a performance depicting a character who is the producer of a silent movie featuring a humorous villain character that commits three silly acts of “villainy.”

The seven third-grade students on Bilger’s team represented Arizona as they competed against more than 800 teams from countries all around the world. Their high ranking in the tournament is particularly impressive considering that they were often competing against older students.