By Teri Carnicelli
When the Food City market closed in the shopping center located at Central and Dunlap avenues in early 2010, it was just one of the many indicators of the slumping economy. Whitestone Reit purchased the shopping center out of foreclosure in the midst of the economic downturn, when the center was only 47-percent occupied.

One of the first things that Whitestone Reit did was refresh the center with new paint and new landscaping, as well as a new name: Marketplace@ Central. But the most significant change, by far, was bringing in a new Walmart Neighborhood Market to fill the large vacant anchor space. 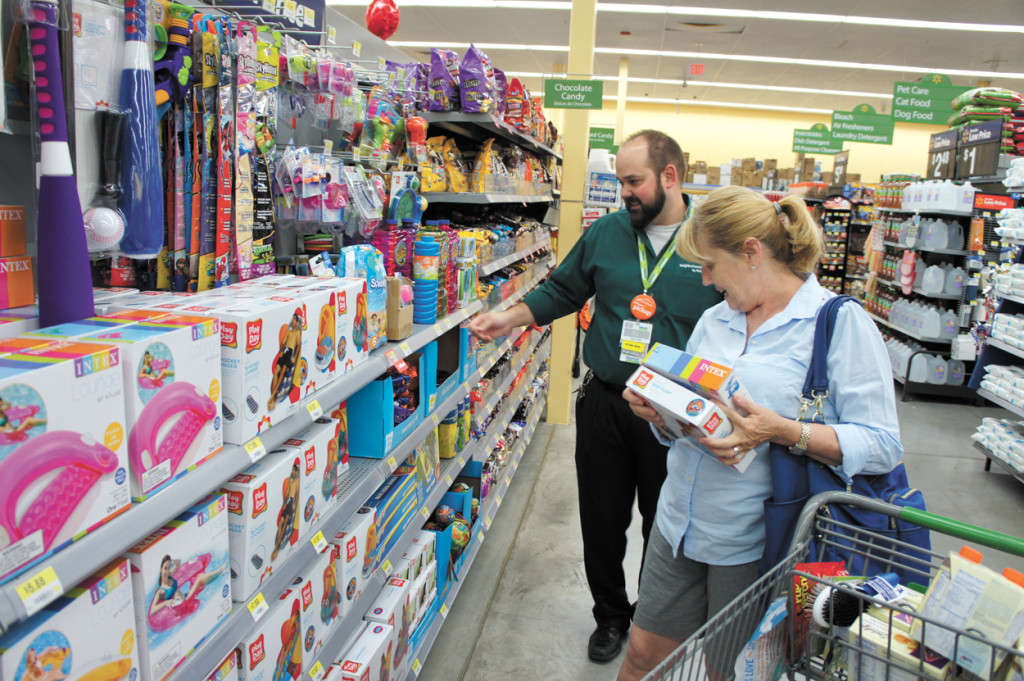 That grocery-focused store, celebrating its one-year anniversary last month, was the catalyst in bringing new life—and other new businesses—to this neighborhood shopping center that serves the heart of the Sunnyslope community.

Walmart also has become a major employer in the community. The 43,000-square-foot store, which is open 24 hours a day, seven days a week, has close to 100 employees, the majority of whom are from the Sunnyslope area. Since opening one year ago, this neighborhood market has become one of Walmart’s busiest in metro Phoenix; there currently are 25 of these smaller Walmart markets statewide.

“This market has definitely fulfilled a community need. I get positive feedback from shoppers absolutely every day,” Arthur said. “Sunnyslope residents lined up on the morning our doors opened a year ago and they’ve kept coming back. We’ve been thrilled by how this store has been received and the positive impact it has made in Sunnyslope.”

“The Walmart Neighborhood Market has assisted in the continuing revitalization of this area,” said Phoenix City Councilman Bill Gates, who represents District 3, which includes Sunnyslope. “Before Walmart arrived, this location had been a vacant storefront for nearly five years. Now, the market bustles with activity and increased customer traffic.

“I was there on the day we celebrated the opening of this store, and it has been gratifying over the year since then to see Walmart bring new life to this shopping complex and trigger additional private business investment in our community,” Gates added.