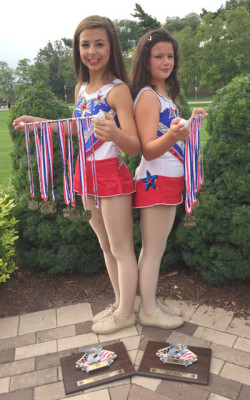 Arizona was well represented by the Phoenix Superstars, a dozen young girls ages 8-16 directed by Becky Hewitt of North Central Phoenix and assisted by Sarah Ewart of Gilbert.

Twirlers from the United States and around the world competed in nine different solo events including one-baton, two-baton, three-baton, duet, trio, hoop, flag, strut and show twirl. Team events were held in Dance Twirl and Twirl.

The Phoenix Superstars spent many hours perfecting their routines this past year preparing for this event, and were well rewarded for their efforts by winning 80 medals and seven Team Plaques, placing them in the top 10 of the country.