Broadway Babies, a Valley performance troupe, is looking for a few good men and women who love to sing. Almost every Sunday afternoon from August through May, a group of 20 or more adults, age 40 to 80, get together to sing and dance as they perform a one-hour upbeat, joyful show for senior communities, assisted living centers, and community organizations. 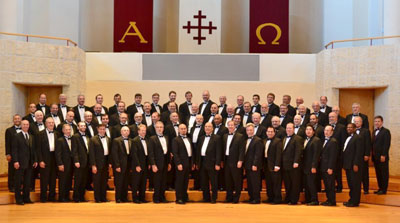 The Orpheus Male Chorus of Phoenix is holding auditions on three Tuesday evenings in August, for its 87th season of performances (submitted photo).

Singing and dancing to songs from Broadway and Hollywood, with humorous sketches thrown in, the performers bring happiness to others while having a fun time themselves. There’s usually one song in which the ladies wear red boas, another in which rhythm instruments are used, and for the past three years, tap dance numbers have jazzed things up. There also are a number of opportunities for audiences to sing along.

Rehearsals for the new show will begin Sunday, Aug. 30 at a private home and performances in venues all over the Valley will ensue on weekends in October through May.

For more information about joining the troupe or to schedule performances for your organization, contact Marcia Weinberg at mpw4melody@cox.net.

The Orpheus Male Chorus of Phoenix is opening auditions for its 87th season.

Auditions will be held on Tuesdays, August 11, 18 and 25, from 6:30 p.m. to 7 p.m. at Central United Methodist Church, 1875 N. Central Ave. Prepared music is not required for the audition. Weekly rehearsals are scheduled each Tuesday evening from 7 p.m. to 9:30 p.m. at the same location.

This fall, Orpheus will perform two Legacy Concerts with the Phoenix Children’s Chorus, two fundraising concerts with other choral groups, and a concert with a youth chorus traveling from Einbeck, Germany. Next February, Orpheus has been invited to perform at the 2016 Western Division Conference of the American Choral Directors Association in Pasadena, Calif.