By Tayler Williams
Loud chatter, nerdy relics, beautiful pieces of art and hundreds of people dressed as their favorite comic, film and TV characters are just a few of the things that await an attendee of a comic convention.

Comic book conventions have been around since the late ’60s, but have grown in popularity the past few years. According to attendance numbers from 2014, Phoenix Comicon (PCC) has become the third-largest comic convention in the United States, and it has only been around since 2002. 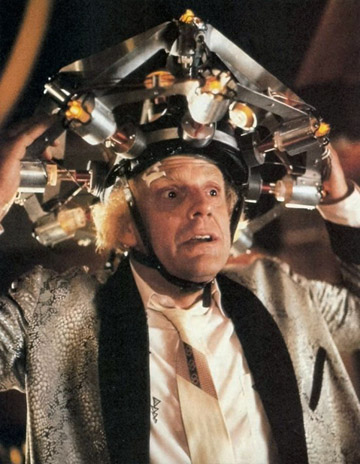 Christopher Lloyd, who played “Doc Brown” in the Back to the Future trilogy as well as Uncle Fester in the Addams Family movies, will be appearing at Phoenix Comicon this month (submitted photo).

This year, PCC is bringing in big talents such as the original Hulk, Lou Ferrigno; How I Met Your Mother’s Alyson Hannigan; Angel/Buffy The Vampire Slayer’s Alexis Denisof; Back To The Future’s Christopher Lloyd; Barry Bostwick, Patricia Quin and Nell Campbell from Rocky Horror Picture Show; and The Walking Dead’s David Morrissey.

Other artists and authors will be there as well, such as World War Z author Max Brooks. Panelists and other personalities will have specific time slots for appearances.

Getting all these people to come to Comicon takes a lot of planning and coordinating.

“Planning for any convention takes six to 12 months to get it all properly planned and ready for the attendees,” Saboten Con organizer Greg Fennell said. “Guests are found by building an idea of what you want to deliver to your attendees.”

Fennell said his goal is to always be thinking up to three years ahead when planning. This way, the current convention is already influencing future ones.

Convention organizers aren’t the only ones planning the con in advance. Attendees looking for bargains as well as rare collectibles need to get their budgets locked down—with a little wiggle room for those “impulse” purchases.

While comics take up a good portion of vendor booths in the convention halls, Artist Row lurks around the exterior or the back of the halls, allowing local and traveling artists to showcase and sell their art. People like local artist Casey Shaffer appreciate the business the conventions bring.

“I love tabling because it’s great for people watching but it has also kept me motivated to work on my art and keep making new stuff,” she said. She and her table partner have been vendors on seven different occasions.

Phoenix Comicon tickets for the full event are on sale for $80, and will jump up to $90 on May 28 (opening day of the convention). Individual dates also are for sale at varying prices. For more information about Phoenix Comicon, visit http://phoenixcomicon.com.

Editor’s note: Tayler Williams is a student at the ASU Walter Cronkite School of Journalism and Mass Communication.