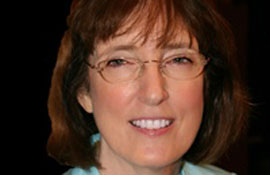 North Central resident Janet Fisher, director of Collections and External Relations at the State Library of Arizona, has been named to the U.S. Public Printer’s Depository Library Council (serving 2014-2016).

This national council advises the Public Printer on issues relating to the Federal Depository Library Program and the provision of and access to federal government information.

Under Fisher’s leadership as regional depository librarian, the State Library of Arizona was awarded the 2013 Regional Depository Library of the Year by the U.S. Government Printing Office.

“Under the leadership of our State Librarian Joan Clark, and Janet Fisher, our director of Collections and External Relations, we have been able to reinvigorate our effort to preserve and provide access to important government documents,” said Secretary of State Ken Bennett. “Their team has done an excellent job and Arizonans should be proud to have such an outstanding resource at their disposal.”

The award from the U.S. Government Printing Office recognizes the library and its staff for their leadership in carrying out the responsibilities of the Federal Depository Library Program’s role in “keeping America informed.” The State Library of Arizona coordinates and connects with Arizona’s libraries (public, community college and university) around the state to provide access to federal government information for all.

The State Library of Arizona is a branch of the Arizona State Library, Archives and Public Records, a division of the Secretary of State. The library holds a collection of 2.5 million government, law and genealogy items, is located in the State Capitol in Phoenix and serves state government, businesses and the public.